Use Microsoft Remote Desktop for Mac to connect to a remote PC or virtual apps and desktops made available by your admin. With Microsoft Remote Desktop, you can be productive no matter where you are.
GET STARTED
Configure your PC for remote access using the information at https://aka.ms/rdsetup.
Learn about our other Remote Desktop clients at https://aka.ms/rdclients.
KEY ​FEATURES
• Access remote PCs running Windows Professional or Enterprise and Windows Server.
• Access managed resources published by your admin.
• Connect through a Remote Desktop Gateway.
• Secure connection to your data and applications.
• Simple management of your connections and user account from the Connection Center.
• Audio and video streaming.
• Redirect folders, your clipboard, and local devices such as microphones and cameras.
Submit feedback at https://aka.ms/rdmacfbk.

It's time for a quick update. In this release we fixed some bugs that were causing the app to crash.
Thanks for all the feedback. We're working hard to make this app great!

Fantastic, fast, and smooth from my small use

Had no qualms with the “square logo” version. I used it often, using both Active Directory logins and local logins. Did mass software installs on multiple machines simultaneously all remotely from the app. This one I feel like runs even faster and smoother than the last one! Great job, devs. I also can see on here that the devs are responding to many of the (often unbelievably whiny and uppity) complaints on this review page, often proving the customer wrong or letting them know that their desired feature is forthcoming. Thank you for your dedication, dev team. I feel these guys deserve a 5-star review. The average rating for this app largely seems to be due to customers’ ineptitude or ignorance, so the rating really isn’t fair or telling of the quality of the app.

I have a specific usage case - I work in a multiplatform environment in which I work on the Mac and on the PC. I don't want to keep changing physical keyboards, so despite the fact that the two physical machines are next to eachother beneath my desk, I use remote desktop to view and operate the PC while working on the Mac. This works reasonable well except that the Remote Desktop Service on the PC requires that I can only be logged in either via the Remote Desktop app OR the PC itself. Since there are some operations that cannot be performed via RDP - attaching to a VPN being one of them - it would be nice if I could just leave the PC logged in and operate it via Remote Desktop at the same time. Now, I'm sure there really IS such a way, but the internet is not my friend in helping me find it. So properly-speaking, this probably a complaint about the service and not the client app, but the entire eco-system is failing me in small ways. Also, while I appreciate the option that allows the Apple key to be interchangable with ctrl for edit operations and find, it doesn't seem to work consistently, and as everyone who has ever switched back and forth between the Mac and Windows knows, confusion over which meta key to use in editing will eventually cause brain damage and is likely to send hardware on ballistic journeys through windows (not Windows). 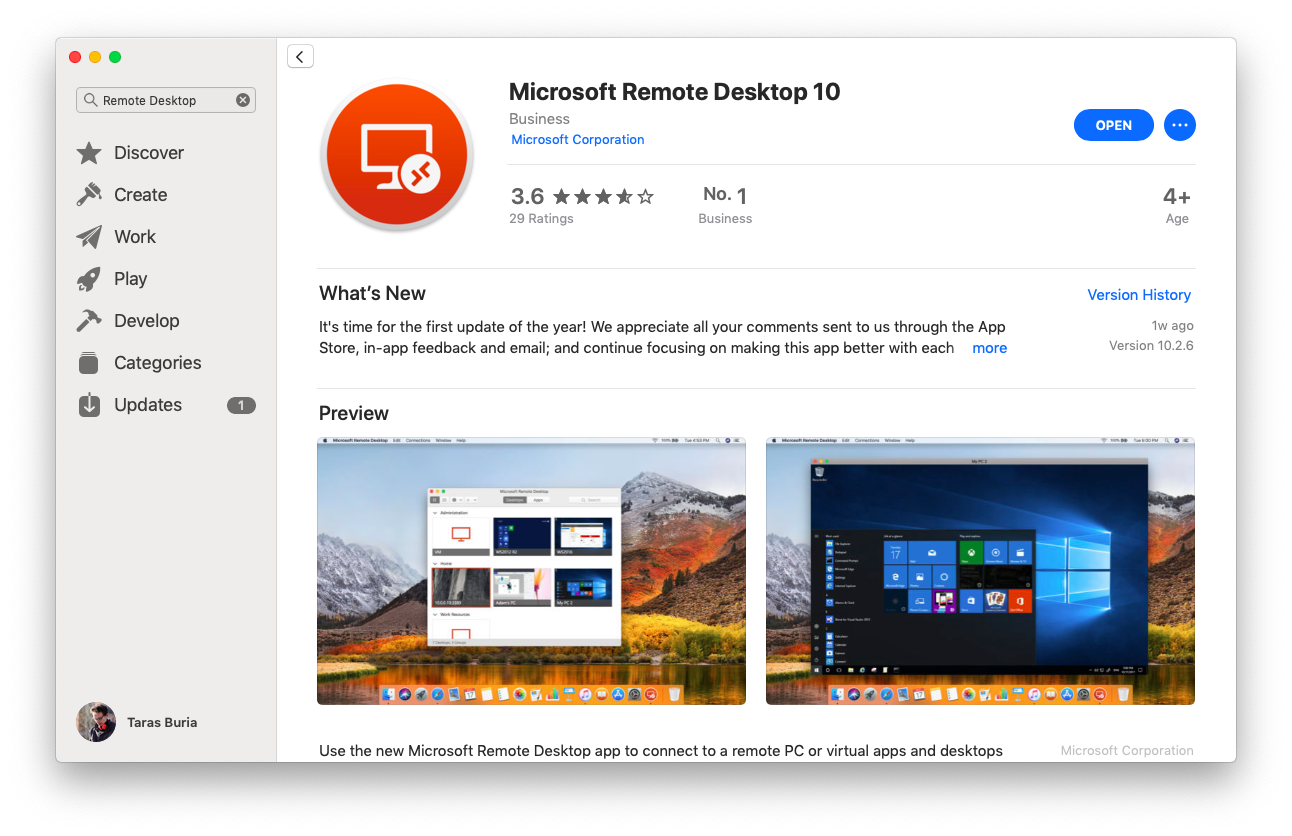 Update: latest version now just resets over and over all day. It takes a good 30 seconds and sometimes I have to just disconnect the RDP and reconnect it in order to be able to work again. I really miss the old RDP versions here on the Mac that just worked all day long. I still need this tool every day.
Not sure why you keep breaking a tool that so many rely on daily.
This latest version crashes (on the Mac) if I type too fast in Visual Studio on my Windows Desktop at work. I get the spinning beachball- have to exit to the Mac, force quit MRD and restart it, then reconnect. I'm finding myself doing this at least 2 or 3 times per hour! I try to type slowly, but then end up getting really focused on my work and start moving faster. I use VI so I'm typing everything and it seems to be when I'm repeating an edit over and over that it crashes MRD. This is a Productivity KILLER! Like I said it happens when I'm focused and your bug is a sure way to kill that focus - every time! I wish it were easier to revert to an older version. I was forced to update when I upgraded to Mojave and decided to start clean and re-install everything. This is the only app that makes me regret that decision!! I was on an old stable version and had been refusing to update. Sigh! 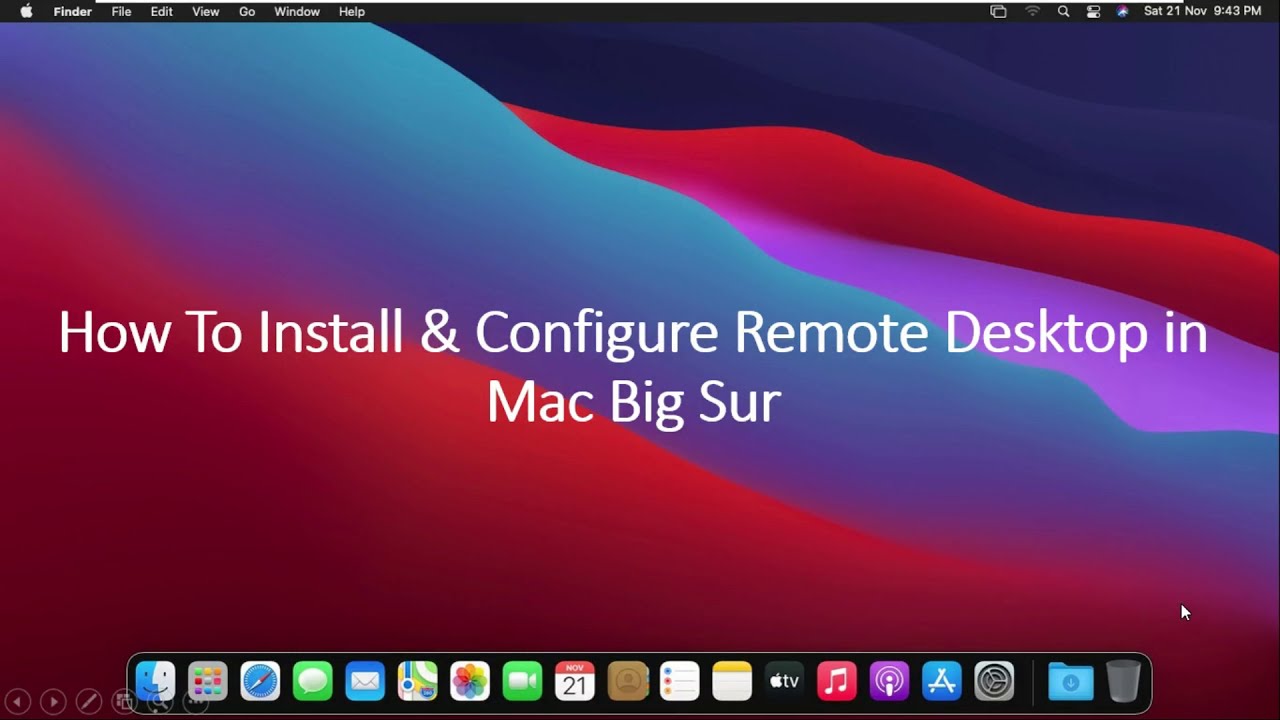 The developer, Microsoft Corporation, indicated that the app’s privacy practices may include handling of data as described below. For more information, see the developer’s privacy policy.

Data Linked to You

The following data may be collected and linked to your identity:

Privacy practices may vary, for example, based on the features you use or your age. Learn More