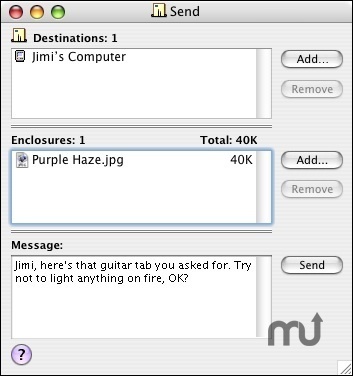 Macintosh users and tech support crews have long used Netopia’s Timbuktu Pro ( , June 2004 ) to interact with other machines over a network connection—through screen control, file transfer, or voice or text chat with remote users. Whereas version 7.0 brought Panther compatibility, but not much in the way of new features, Timbuktu Pro 8.5 embraces OS X’s underpinnings to deliver increased security and flexibility.

The Install service (introduced in version 8.0) allows you to install or upgrade Timbuktu on a remote computer. That Mac needs to have Remote Login, also known as Secure Shell (SSH), enabled in its Sharing system preferences, and the person doing the installation also needs to have administrator-level privileges on that machine. Once you’ve met these requirements, installing Timbuktu on several remote computers, each with a predetermined preference file and activation key, is a simple matter of clicking through the Install Timbuktu dialog box. Timbuktu becomes available immediately, with no restart required. Version 8.1 added the capability to log in with an administrator account’s long name (such as Andrew Laurence) instead of just the short name (atlauren, for example).

There are two important new security features (first introduced in version 8.0 and improved in subsequent releases). First, Timbuktu can encrypt its communications with SSH, thereby preventing miscreants from sniffing your connection and learning passwords or viewing Timbuktu’s screen image. Competitors Apple Remote Desktop ( , March 2005 ) and the open-source VNC do not offer built-in encryption. Second, you can assign Timbuktu’s access privileges to any user or group defined within OS X’s directory services. That means your Timbuktu login can be the same as your Mac OS X username and password; if a group of Macs authenticates against a common server, your login works on all machines. These features are intertwined—you can use OS X authentication only in SSH sessions, and you can encrypt with SSH only if using OS X authentication.

The familiar New Connection dialog box now has a radio button labeled Registered User (Secure), which lets you initiate an encrypted session. Timbuktu’s services behave normally with encryption enabled; the only visible difference is the word “Secure” (in parenthesis) in the session window’s title bar.

SSH performance got a dramatic boost in version 8.1, and 8.5 is even faster on speedy networks. For instance, Encrypted Control or Observe sessions feel just as fast as unencrypted ones, while the Exchange file transfer service is about as speedy with encryption enabled as it is without (depending on the data being transferred).

Timbuktu’s authentication works only if SSH is in its default password mode; advanced SSH users who have shared keys still must enter their password to use Timbuktu. 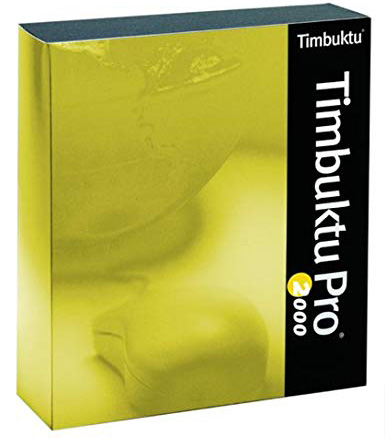 The latest Timbuktu features new ways to customize privacy settings and user access privileges. Version 8.0 added the ability to force a registered user to ask for permission before accessing your computer, thereby ameliorating concerns about unsanctioned entry. With 8.5, a Control user can lock the computer’s keyboard and blank the display, thereby preventing passersby from observing onscreen activity.

Version 8.5 also adds a new Help Desk mode, which allows the program to accept incoming Timbuktu connections as usual, but not initiate outgoing ones.

By default, Exchange service users are restricted to OS X’s user permissions and can only read or write files they own. New in 8.5, Exchange’s Access All Files feature lets you give specific users access to the entire file system. Plus, Exchange’s Go To shortcuts now work with the remote computer’s file system.

Timbuktu features Bonjour support (available since version 8.0). A pane in the New Connection window displays a list of Bonjour-enabled computers running SSH and Timbuktu. There’s also a TCP Security preference that lets you put a Mac in stealth mode, so it doesn’t show up in other computers’ browse lists, via either Bonjour or the familiar Timbuktu Scanner. You can even limit incoming connections to SSH-secured sessions.

A few nice additions in version 8.5: You can now check Netopia’s Web site to see if software updates are available; if you access a Mac with multiple monitors, you can view both monitors inside a single window; and improved screen and mouse control make it easier to click on objects in the corner of the remote computer’s display.

Because of its long history, much of Timbuktu’s interface and sensibilities hail from Mac OS 9 and earlier—and they’re beginning to look tired. Exchange’s two-pane interface goes back to System 6, and it doesn’t allow more than one transfer operation at a time. Another problem: Exchange begins sessions at the Computer level, and lists the available disk volumes; this view made sense as the desktop in Mac OS 9, but when you authenticate as a Mac OS X user, you expect to begin at that user’s Home directory. In addition, Timbuktu’s preferences area is due for a visual overhaul.

[ Andrew T. Laurence is a Mac network administrator and a frequent contributor to Macworld.]

Using the new Install Timbuktu service, you can install the program on a remote computer, over the network, or via the Internet.

Timbuktu can encrypt its connection with the SSH protocol. Once set up, secure logins are quick and easy.